So you have air plants (Tillandsia), they have flowered and you are anxiously pacing up and down waiting for the patter of little leaves.

How can you tell if you need to prepare for another little plant to care for? There are a few signs to look out for.

Air plant lore has it that plants will pup/have offsets/reproduce vegetatively after flowering. This is not always the case, occasionally a plant will pup without flowering, as the plant below did for me this year (in case you are unsure, pup on the left, parent plant on the right).

Once your plant has finished flowering (the colour has dulled, the petals have fallen or dried up), look at the plant. You may find that it has a slightly uneven or bulgy look to it. 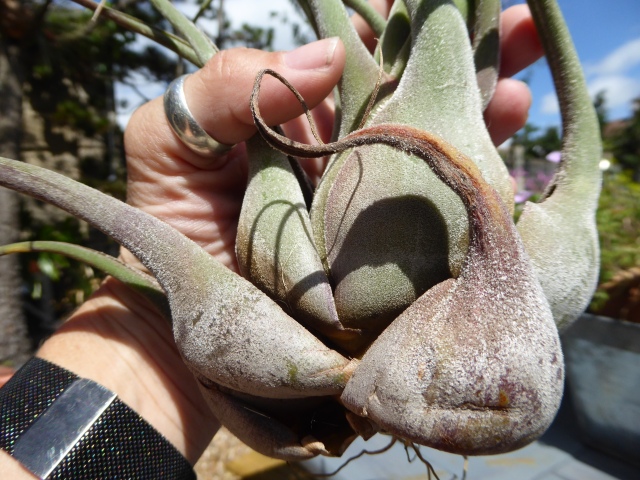 This Tillandsia seleriana announced its intention to flower in this new year. It flowered in the spring, and I found the pup in late May/early June. The pups appear in the space where the leaves meet in the centre of the plant, towards the base of the plant. So if you are looking for one, start with the bottomost/outermost leaves and very gently look at their insides to see if you can see a tiny plant. 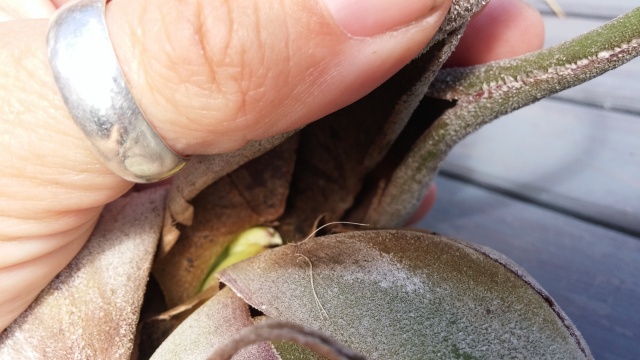 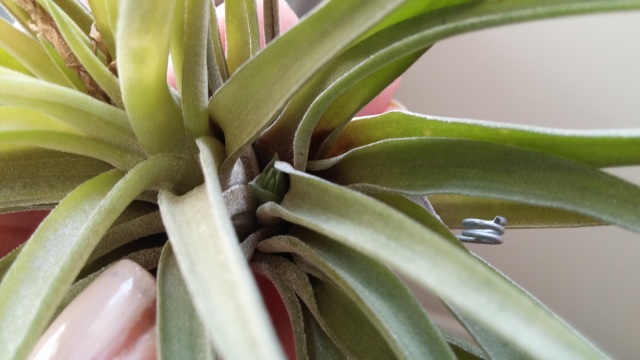 Or on a Tillandsia caput-medusae

And a slightly different variation:

Tillandisa fuchsii var. gracilis produces a pup towards the centre/top of the plant. You can see the flower spike towards the top right of the picture.

And this is how they grow up: 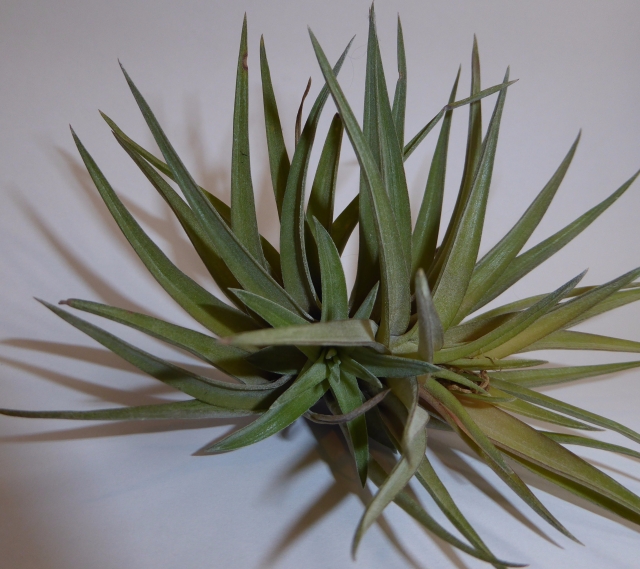 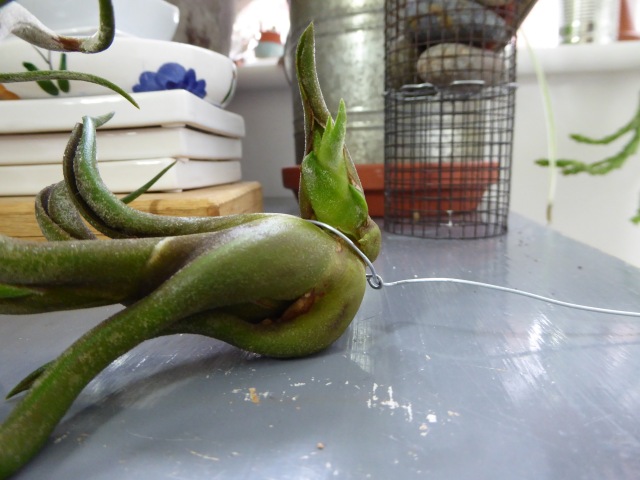 Air plant lore also has it that the parent plant will die; some will die but as you can tell it doesn’t happen right away. Many species will survive for years after flowering.

Living in Kent, I am a qualified horticulturist, currently self-employed as a gardener Herne Bay & Whitstable areas; I sell houseplants and airplants at markets locally. View more posts

This site uses Akismet to reduce spam. Learn how your comment data is processed.